I decided with my latest novel (the fifth in my series) to do something a little different.  Because the nature of the story is quite a bit racier and sexually explicit, I decided to do two different versions of the book.  I got the idea to do this from another author I enjoy very much, Sable Hunter.  I’ll admit it, cowboy romance novels are my guilty pleasure and something Miss Hunter is very good at.  Sable often writes two different versions of her books, one a lovely romance story where the cowboy and his girl kiss then fade to black … and one where they kiss and then you get a lovely description of what follows said kiss.  These more innocent books, Sable calls the “Sweeter Versions.”

Because the nature of the last novel in my series is out of character with the previous four, I decided that when I’m done with the final draft, to write a second version, one that fades to black after the kiss.  If you’re wondering why, I’ll say that I have many friends that just don’t want to read the racy erotic stuff.  Yes, it’s totally tasteful and in keeping with how the story grows, but I don’t feel like it will take much to make the adjustments.  I’ve already been highlighting the passages that need slight alterations or removal so I imagine it won’t take long for me to create.

Now I’m left wondering what I’ll call this second “sweeter version” on my novel.  I have to call it something, but I can’t steal Sable’s term for it.  I’m still working on it.  Right now I just call them the original director’s cut …  and the other one.  Not exactly how I want to market it on Amazon if you know what I mean.  🙂

Any suggestions for my own personal “sweeter version” name? 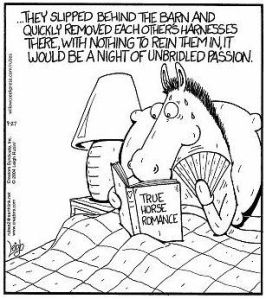