I’d considered doing some book reviews on this blog, but dismissed the idea.  Reviews in a traditional sense aren’t in keeping with the spirit of this blog.   But …. instead I thought I’d talk about some of the books I read and use them as examples of how I’ve learned some good lessons by what other author’s do wrong or right.

This week I was a good girl and crossed two books of my reading list.

#1: You Are Always On My Mind, by Sable Hunter.   First I’ll start by saying I love Sable’s books.  This was like the thousandth book in this series so you know I’m into it cause I’m still reading them.  But … As much as I enjoyed this book, for the first time since I’ve been reading the series, I found myself skipping over pages and pages of text.  It wasn’t that the story was bad or the characters weren’t engaging, it was the pages upon pages of the racy stuff.  I mean I love a good steamy love scene as much as the next person, but in this book there was just too much of it.  I was like, Alright already, let’s get out of the bedroom and back to the plot.

Lesson Learned: You have to be mindful that every scene pushes the story forward.  Yes, steamy love scenes can push the story forward, deepening the relationship between two character’s, but in this book it felt like steam for steam’s sake, hence my impatience and skipping of pages.   Yet with all this, I’m still hyped for the next book in the series.  Sable is a great story-teller, she just got a little off track with this book.  She also did a really good job in editing this book.  I usually find about a dozen typos and formatting errors, only found one in this book! 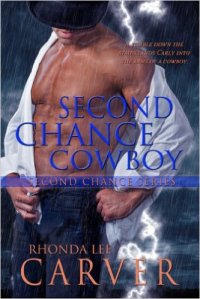 #2: Second Chance Cowboy, by Rhonda Lee Carver.  I’d never read any of Miss Carver’s books before, and sadly based on this one, I won’t be reading any others.  Lesson learned here was don’t make the plot so predictable and make your characters more likeable.

Basically this book is about a woman who falls down the stairs and gets amnesia, forgetting the last four years of her life.  In these missing four years, she and her husband had a baby that died 8 months later.  In the aftermath of the death of their son, she falls into depression causing the couple to drift apart and divorce, but of course they both still love each other.  So after she wakes up and has no memory, her father decides that the stress of getting her memories back all at once would be too much and brings in her ex-husband to pretend that only a few months have passed and not four years.  Yes, she thinks they’re still married and has no memory of the son that died.  Do I need to tell you the rest of the book?  It’s a romance book, of course they end up back together.  Duh… Why bother to read the rest.  I say why bother because frankly I didn’t find much about either of them to really like.  Yes, he’s hot, but he’s also kind of a jerk.  Yes, she’s hot, but she’s also kind dumb.  Thankfully, the book was super short so I didn’t have to suffer long.

Lesson learned:  Plot twists are important, super important in romance novels which have a tendency to be predictable because they all have happy endings.  This is one reason I like to have love triangles.  You always know she’ll end up with someone … question is, which one?  Also, if you’re going to toss in plot twists, make sure in the end they a good resolution.  Case in point, in this book there was a plot twist about a ranch hand getting fired.  He comes back and tries to tell the girl they had an affair, an affair she can’t remember because of her amnesia.  I’d tell you what happened after that, but the author never tied up that loose end.

Lesson Learned: Make at least some of your characters likeable.  This book would have been easier to read it I’d liked the characters more.  I think my favorite character was Chance’s (yes the leading man’s name was Chance) friend Duke.  He had more depth as a character than Chance did.   There was a little mystery to him, an internal struggle.  Chance… not so much.  He’s Mr. Perfect … except for how it’s alluded to (but never really spelled out) how after his son died, he went out every night and got drunk leaving his grieving wife at home alone.  I’m sorry, I’m supposed to like him?  Hot or not, he sounds like a bit of an a$%hole to me.  The lesson here is, it never hurts for your readers to like or identify with your characters, it will help carry you through lulls in the plot.

Hope I don’t sound too negative, I don’t mean to.  I learned some good lessons this week and enjoyed Sable’s book very much.  No author is perfect, especially not me.

Jennifer Geoghan, author of The Purity of Blood Novel Series and If Love Is a Lie: Finding and Losing Love Online.