Month one of my year long reading challenge is complete. I’m a little behind pace to read 100 books in a year, but in my defense, the books I read were longer than usual.  I had an excellent mix of the really good and the really not so good, from 1 star to 5 stars.

Terrible title and cover mask this inventive story line. Helly loves her secluded cabin in Alaska on its quiet lake. When she gets a new neighbor disturbing her peace with his helicopter and construction noise, she can’t decide if she wants to kill him or shag him. Hi-jinks ensue between the feuding neighbors. Toss is her crazy brothers, some drug dealer thugs and a bear, and you have a really fun read. The ending was my only concern. I thought it fell a little flat in comparison to the rest of the story. We’re left wondering if they ever really get together in a long-term way of if they drift into friend territory. I would have preferred an epilogue that gave me a glimpse into their future without another book being involved. 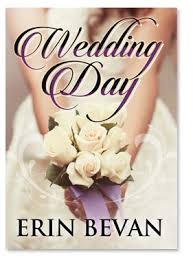 I never thought I’d be giving 5 stars so early. I’m a tough reviewer and figured it would take a while for me to enjoy a book enough to give it 5 stars, but here I am doing it on my second book! This story paced very well. The story stayed away from a lot of the formulaic story pitfalls of most romance novels today. I’ll start by saying I’m normally not a fan of romance novels that involve children. They seem to clutter up the story with unnecessary cuteness, but not here. Both protagonists feel an attraction for one another but both have good reasons for holding back. I like that because usually one or both have some really dumb reason why they just can’t be with the other. If I had any complaint about this book, it would be the title and cover. I’m a firm believer that the cover should give a hint as to the gist of the story and this one did not. First of all, it’s a cowboy romance, which you totally don’t get from the cover. From the cover alone you’d expect that the Wedding Day would feature prominently in the story. Nope. It comes on the last page of the book. With this rational, most any romance novel could have this title and cover. What makes this book special certainly isn’t reflected in it’s title of cover, which is a real shame as the story between the covers is a definite 5 star read.

As an author myself, I love the beginning of this book. On page one Miss Knight has done a great job of dropping us right in the middle of the action without having to add needless back story to explain what’s going on. The romance isn’t overpowered by paranormal aspect of the story which is a good thing. I’m not one for reading ghost stories and quite frankly wouldn’t have read this book if it wasn’t for a good review it had received on a review site I follow. Its good review there was indeed accurate. I think the paranormal didn’t bother me so much because he was a friendly ghost and his plight understandable. Although the romance didn’t seem overshadowed by the ghost story, I wish we could have had just a little bit more between the male and female protagonists. That’s why this book gets 4 stars instead of 5. If I had ½ stars in my system, it would get 4.5 stars. It’s hard to put my finger on exactly what is missing, but I guess it’s the pace at which their relationship progresses. If I had a better idea of how much time was passing between events, I think I’d have enjoyed the story better. Looking back, it feels like the book takes place over the span of a few weeks, but it should feel like months and really it doesn’t.

My biggest annoyance was that at the end of the tour, the guide said she should stay so she didn’t miss something, something she dismissed and we never got to hear. I was convinced that what the guide would have said would have solved the mystery much faster, but that little tidbit was never revisited to explain what it was. This annoyed me. I know red herrings are a thing, but this was a red herring that never was as we never got to find out what that vital or not so vital bit of info was.

Skip this book. Do not believe what the author writes on the Amazon book blurb. She says that this is book one and is Vivian and Liam’s story. Book two is supposed to be about a different couple. However … when I reached the end of Vivian’s List, and by ending I mean where the writing stopped, I was greeted with “Please continue reading for an excerpt from Liam’s List (the sequel to Vivian’s List.)” Funny how this sequel was not mentioned in the blurb. I did not purchase Liam’s List for four reasons.

Number one is that the writing was a little pedestrian for me. It’s obvious this author hasn’t learned to hewn her craft quite yet. Although I liked the characters and was drawn into the story because I liked them, the author needs to learn to edit herself down. Maybe I’m just picky, but there are a lot of sentences like “Swimming helps me clear my mind.” What’s wrong with this sentence? Nothing really, except that the “me” is a totally unnecessary word. This is one example but there were dozens of other examples in this book.

Reason Two: I love a good sex scene, but the ones is this book dragged on and on and on to the detriment of the story.

Reason Three: The list. The book blurb leads one to believe Vivian’s sex list is exciting, when in reality it’s just things like sex in a car, sex in the shower, sex in a tub. Boring.

Reason Four: I’m pissed that the author mislead me that this was a standalone story set inside a series. Really, this is the first half of the book and given that Vivian’s sex list was so boring, what hope is there that Liam’s sex list will be any more interesting.

I’ll start out by saying the title has nothing to do with the book other than the male lead is a hockey player. There is no delay to speak of, so really the title is pretty dumb. It’s doubly dumb when you contrast the sports title with the flowery romantic cover. These issues aside, the story is a good one. I thought the main characters were engaging, and although at times I wanted to slap the female protagonist silly, I still got that that’s just who she was as a person. So far as characters go, my issue was more that there were WAY TOO many of them. This wasn’t the first book in the series, but it’s a stand alone novel. Thankfully I don’t feel I was confused about any plot points not having read the other books in the series. This is a very good thing. However, I have the feeling that this epic cast of secondary characters were the leads in the previous installments of the series. They were completely unnecessary to the story in this story and only detracted from the even pacing of the book. My suggestion would have been to ditch all the children and pair down her adult female friends to two max.

Like I said, the male protagonist is a hockey player. I’d don’t know much about hockey. I have nothing against hockey, but I’d rather read a romance novel than watch a game. I suspect the author of this book loves hockey as she spent an excessive amount of time describing the action on the ice. This player did this, that player did that. Just like the female protagonist had too many female friends to keep track of, the male protagonist had too many teammates to keep straight. I think the book would have flowed much better if the author had cut all the hockey games out of the book, keeping any description of the game to one paragraph only. It wasn’t important to the story and distracted from the plot but slowing the pace of the story WAY down. I found myself skipping pages of those scenes. Yes, this series sounds like it’s about all the players on the team, but they don’t all need to be so involved in each book.

TMI! This author got very wordy at times with unnecessary info. He’s an example: “When she was discharged, she begrudgingly let me take her home – but only because all of her other options were busy. The guys were all at the morning skate since Game Six was that night; Rachel had dropped her kids off at school and gone to work: Katie was getting what should be her final chemo treatment and so, of course, Laura was with her: Dana had to take her mother back to the airport; and Scotty still wasn’t allowed to drive.”

Seriously, the author should have stopped after “her other options were busy.”

Despite all this added fluff, there’s a really good story here. I really wish this author had received good editing advice before publishing. With some editing cuts, this book would easily have gone from 3 stars to 4.

Miss Hunter delivers another fabulous book. I’ve been a fan of hers for years, mostly because she rarely disappoints. This romance set in Cajun country is full of the rich history of the area as well as a few intertwining stories. This is I don’t even know how many books into the series but there aren’t many of the characters from previous books in it. (Unlike Delay of Game) The couple that live close to them are about the only ones involved in the story and they are necessary to help move the story along and not just for show. One thing I really like about how this story is crafted is how after the romance is more or less settled, the couple have to face a life or death medical challenge together. This is a great way for us to see what happens after they get together in a way that is part of the whole story and not some tacked on after thought. Having read all the books in the series, I have to say I was surprised how this one resolved itself, not in a bad way though. It’s nice that I can still be surprised. If I had any editorial comment, it would be to cut off the last 5 or 6 pages. Too much of a saccharine sweet ending for me.